After finishing around 7 months GIS Specialization courses from the University of California- Davis(UCDavis) via Coursera in the following courses:

And I chose to do a Suitability analysis with the big question that says: Where can we build a reserve for Okapis in the Democratic Republic of Congo(DRC).

Where can we build a reserve for Okapis in the DRCongo?

Resources (ICUN) so-called Red List of endangered species. In fact, the okapi has the dubious distinction of having jumped two ranks in the ICUN’s rating system, going from “near threatened” to “endangered”

The okapi’s population has decreased by more than half since 1995, and that rate is projected to continue.

Population estimates suggest that there are now fewer than 35,000 okapi left.

Habitat of the okapi

The okapi is a solitary animal that requires large secluded areas with dense tree cover. It requires a fresh

water source and particular foraging areas, and so its habitat has become limited to about 63,000 square kilometers of Ituri rainforest. Around a fifth of that forest constitutes the Okapi Wildlife Reserve, people and fighters sometimes invade that land hunt and kill the okapi.

Using the data I got I did an analysis for the best habitat for the Okapi taking in consideration the following parameters on Congolese territory:

–     Far from the towns and villages

Note: I would finalize my analysis later because there is one parameter that was excluded in the analysis due to the data incompletion.(Applying the  parameters to the Elevation between 500meters to 1500meters). The results are below. 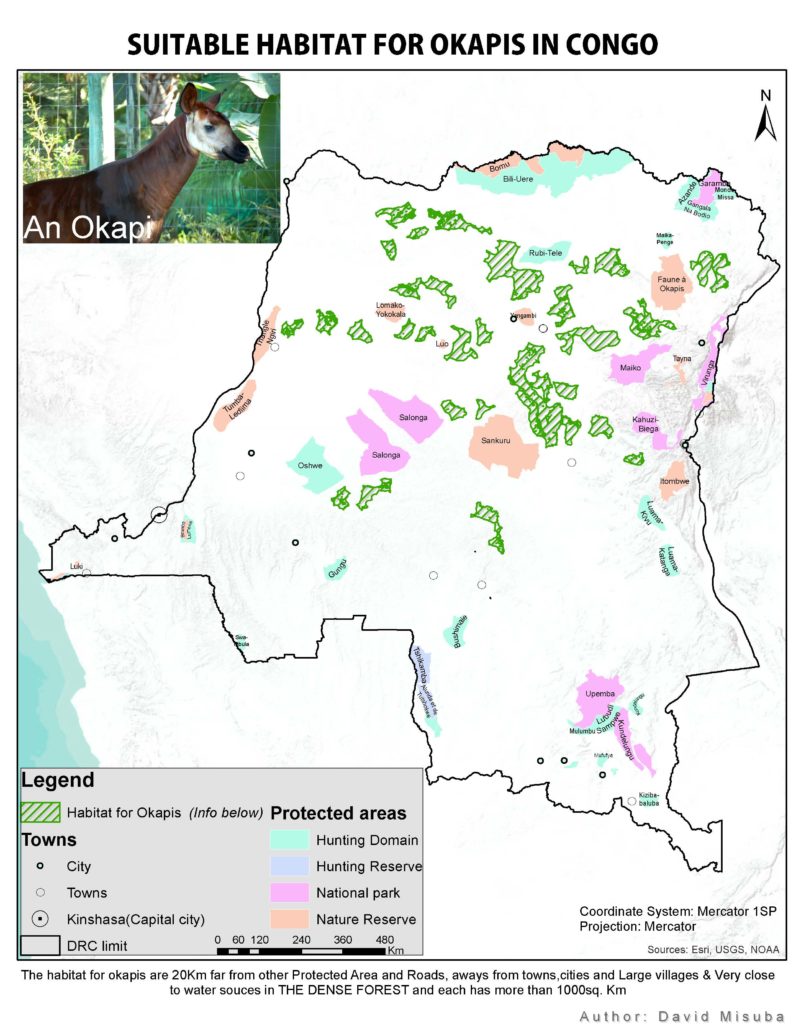